Sunday was my nephew’s sixth birthday.  Isn’t he the cutest little thing? 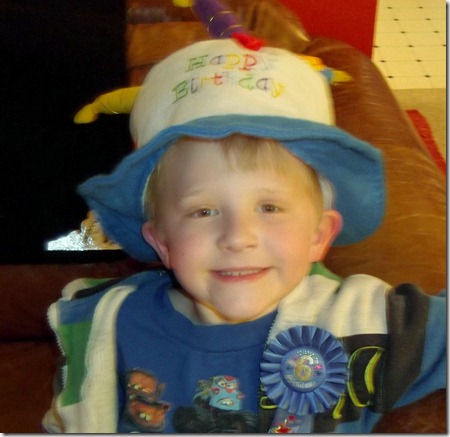 My brother and sister-in-law graciously brought him and his older sister over to celebrate at our house.

Handsome Hubby was literally beside himself with excitement.  He had planned some special entertainment for the afternoon.  He and Batman had been working on the entertainment all week long, in fact. 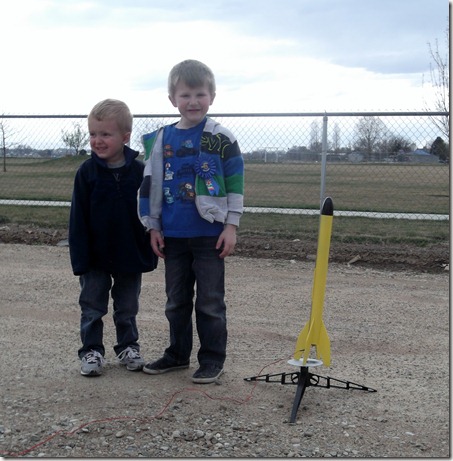 The entertainment was a rocket named “Big Bertha.”  Handsome Hubby and Batman had painstakingly built and painted the rocket over the course of a few days.  Little Nephew was accorded first honors of setting off the rocket. 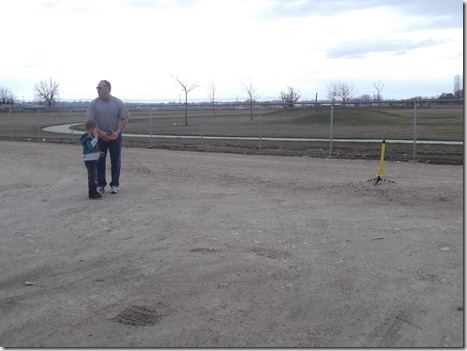 I have to say I am pretty proud of this picture.  This is the smoke from the rocket launch. Cool, huh? 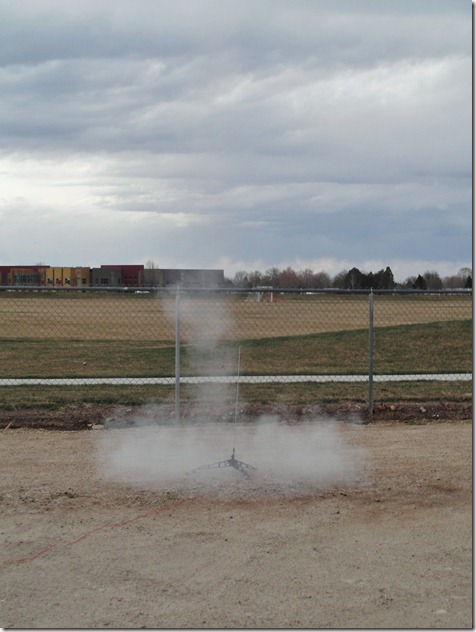 The rocket went way, way up, then descended lazily over our lawn. 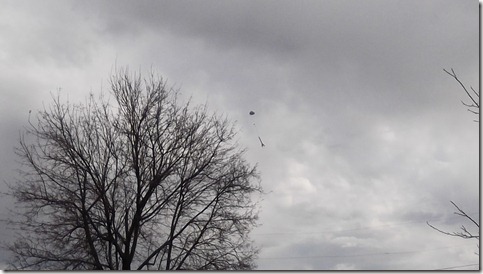 And into the neighbor’s cattle pasture. 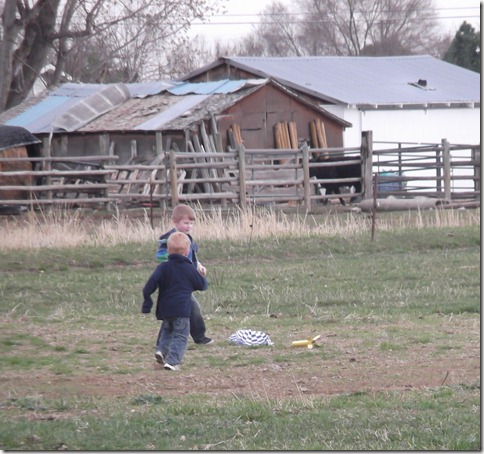 The boys thought it was great fun to be lifted over the fence to race to the rocket landing site.  They picked it up as a joint effort. 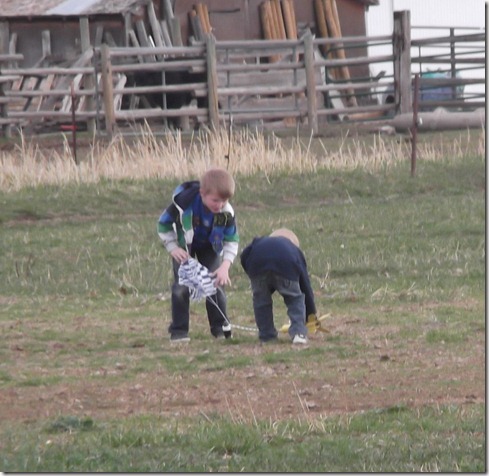 Then happily carried it back. 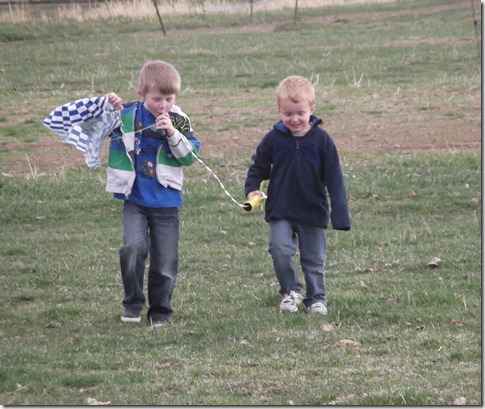 We had so much fun that Handsome Hubby had to reload the engine to shoot it off again.  And again. 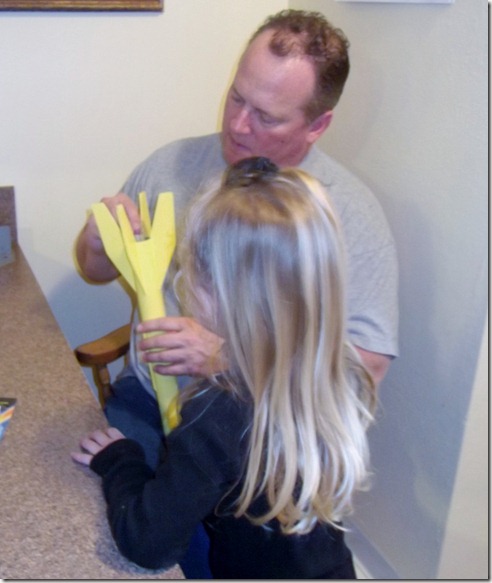 On the last launch, Handsome Hubby actually caught the rocket as it landed.  I am not kidding.  He caught it. This is an actual picture. Of the actual catch.  Again, I’m not kidding. I am on a photo shooting roll here (hee hee). 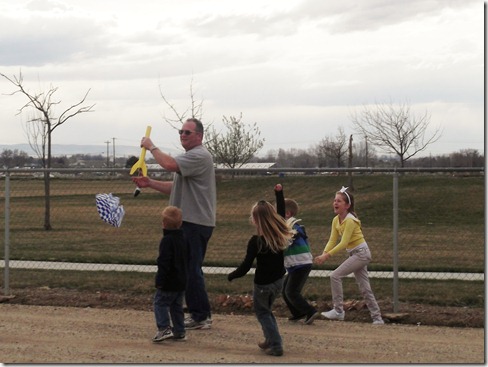 Then we went into the house and had these magnificent birthday cupcake-ice-cream cones.  My very creative sister-in-law made these.

They are an actual cupcake baked in an actual ice cream cone. 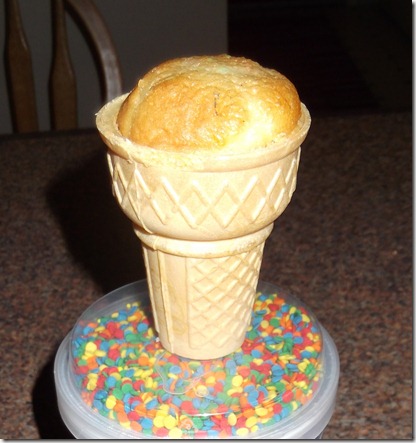 My beautiful and artistic niece then decorated them. 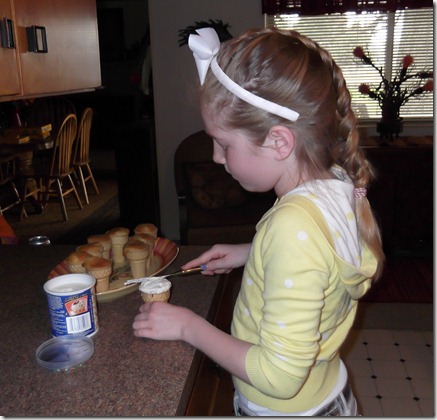 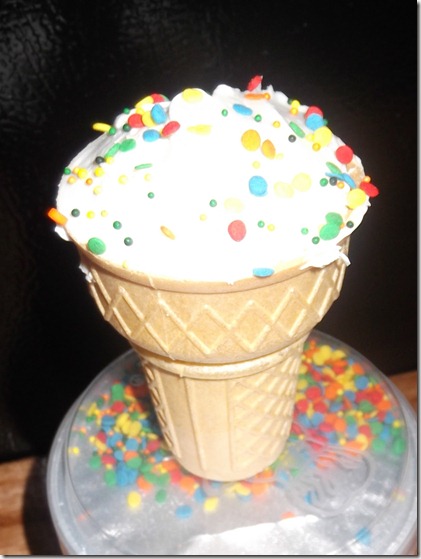 They were delicious.  I had two.

Categories: Kids Are Funny Creatures, Life in the Country | 2 Comments