Big Hills for a Little Girl

Yesterday afternoon Horsecrazy Annabelle and I decided to sneak away for a few hours and head to the Eagle Foothills.  We love to ride up there, and I figured the recent rains would have promoted some green valleys and maybe even a little wildflower action.

I felt a little bad about leaving Desperate Hubby at home alone, but he assured me he could handle it. With a relatively sunny day outside in the midst of several rainy ones I didn’t need much encouragement.

I settled DH in his recliner with a fresh jug of water and his pain pills nearby, loaded up the horses, and drove over to pick up Horsecrazy from daycare.  We had to sneak away like thieves because I knew that Batman would be sorely disappointed that we had not taken him with us.  As I mentioned, the kids have been feeling a little out of sorts with the extra time away from (me and) home this week.

We got to the foothills, and the first people we saw were some good friends who are also avid trail riders.  Actually, you may remember “She Who Must Be Obeyed,” from the story titled “Horses Can’t Read.”  She was riding with another friend, and they were ready to head off before we were, so I snapped this photo of them leaving. It gives a nice perspective on the size of the hills we were setting out on.

Horsecrazy and I got saddled up and headed out to the trails.  We were accompanied as usual by Winston, the maniac bird dog puppy.  At about seven months old, Winston is a teeming bundle of energy and exuberance, so these rides are tailor-maid for him to get some exercise.

One of my favorite views in the world is my little girl.

We saw some other cool stuff along the way too.  Like these pretty yellow flowers.

And these buds on the sagebrush plants.

Horsecrazy spent about five minutes studying what looked like a nest of stink bugs in the dirt.

We went up steep hills…..

and got to the top of the ridge, where everyone looked out over the view and took a breather. 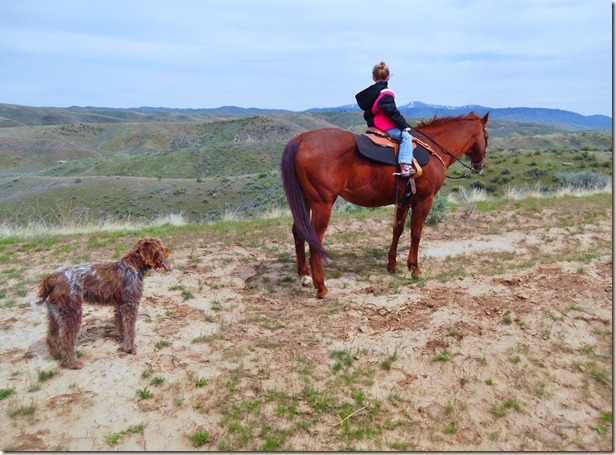 Winston sought out every watering hole in the area.

Sometimes Horsecrazy was in front of me.

Sometimes she lagged far behind. 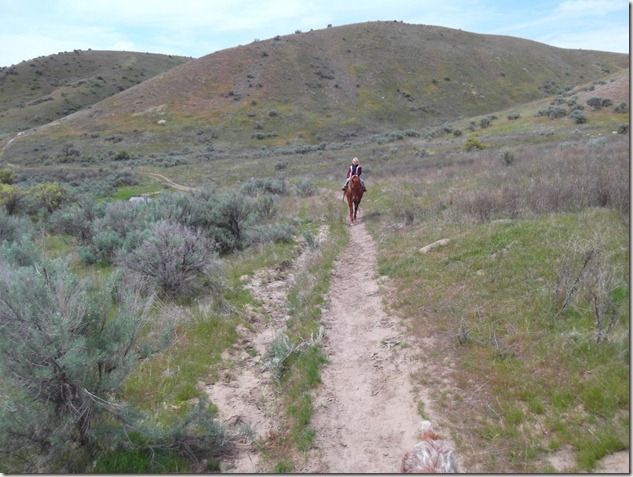 Everyone got thirsty along the way.

But it was nothing we couldn’t handle. 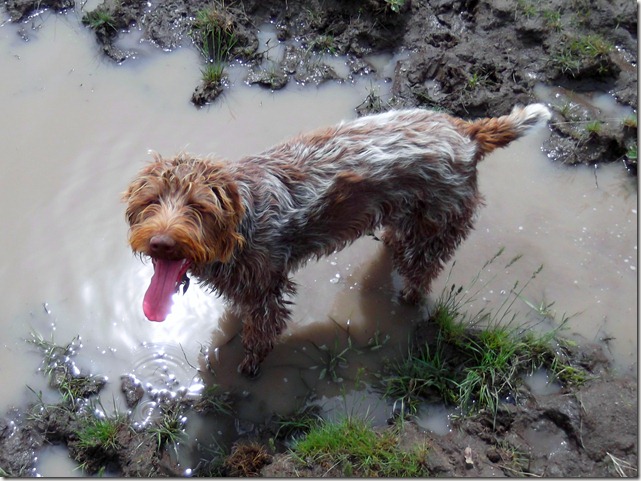 We rode for about two hours, and by the time we headed down the final steep hills Horsecrazy was tired.

It is a big country for a little girl. 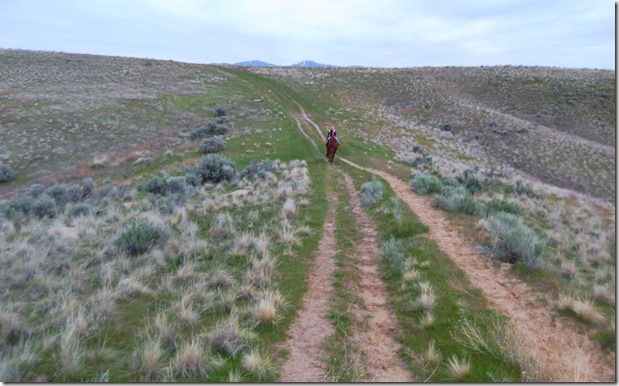 I think both she and Grumpy were happy to see the walk-over gate back to the trailer. 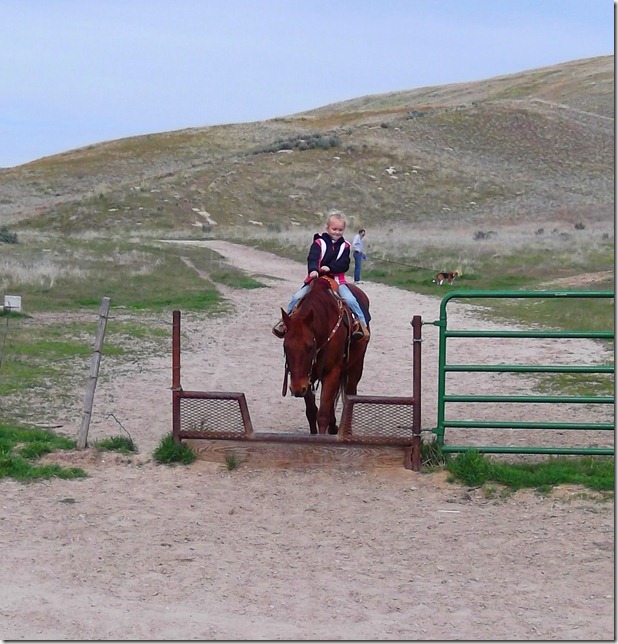 My little cowgirl always helps me get the horses unsaddled and the tack put away, no matter how tired she is.

When we got back home she made sure to give the horses a nice little treat of grain in the pasture before she put them away.

I love these two pretty girls!

Batman didn’t even notice we were gone until we picked him up from daycare, and DH was sleeping soundly when we finally made it back in the house.  A good afternoon was had by all.

2 thoughts on “Big Hills for a Little Girl”