Posted on August 1, 2012 by A Desperate Horsewife

The kids and I had a busy week last week.  In addition to swimming lessons, birthday parties and horseback riding, we made time in our schedules to visit the Canyon County Fair on two occasions.

I’ve been taking the kids to the fair for years, since I pushed them both in my double jogging stroller with Zach sleeping as an infant on one side and Annabelle trying to reach through the bars of each pen on the other. The kids love the fair.

Our first visit on Friday was mainly to see the animals.  Naturally, the kids had to look at each exhibit and pet as many as possible of each variety.  Their favorite seemed to be a toss-up between the goats and the sheep.  They loved the rabbits too.

The highlight of that  first trip was a viewing of the 4-H kids showing their dogs.  Annabelle was pretty enthralled with that, and I fear I may see Dog 4-H in my future.  Eek.

The second fair visit was much more thrilling.  The kids got to do something that they hadn’t previously gotten to do at our local version of fair. 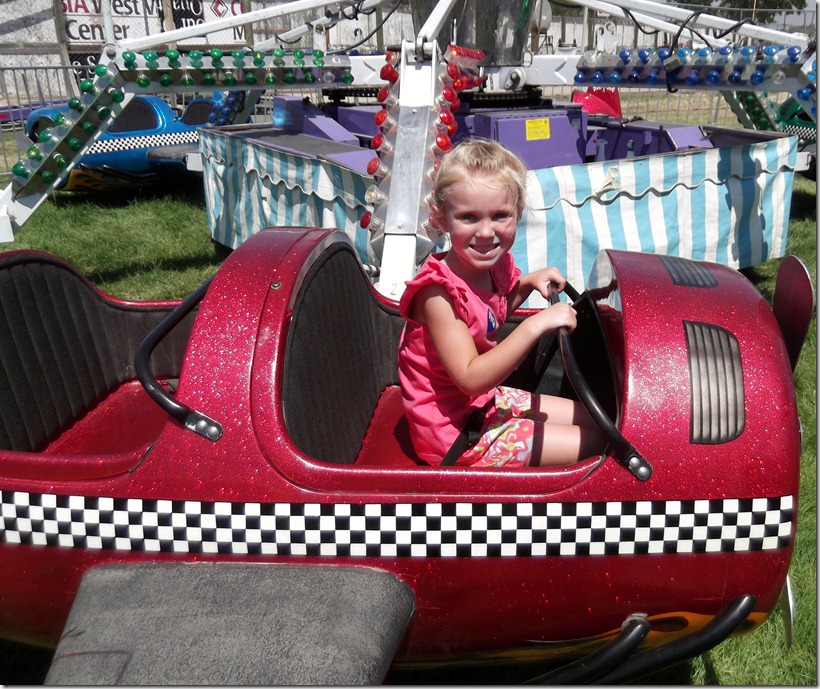 Since the rides are only open in the evening and on the weekends, we just hadn’t made it there during the times they were open in any of our past visits.

My munchkins made up for lost time. 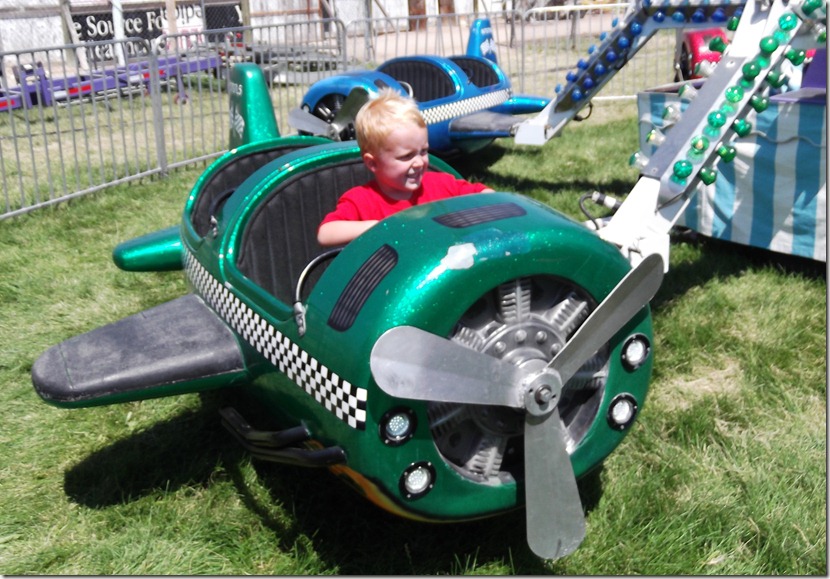 From airplanes to carousels, giant slides to four wheelers, they tried them all.

Zach loved each ride more than the last.  Annabelle enjoyed them too. 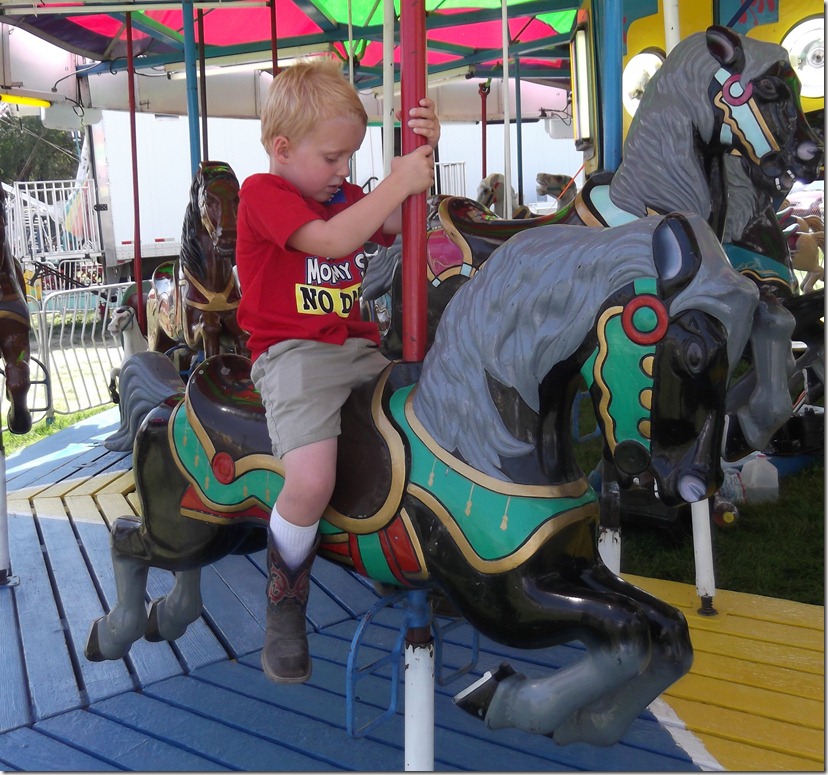 By the way, what do you think of Batman’s fair attire?  Pretty snappy huh?  Especially the socks. 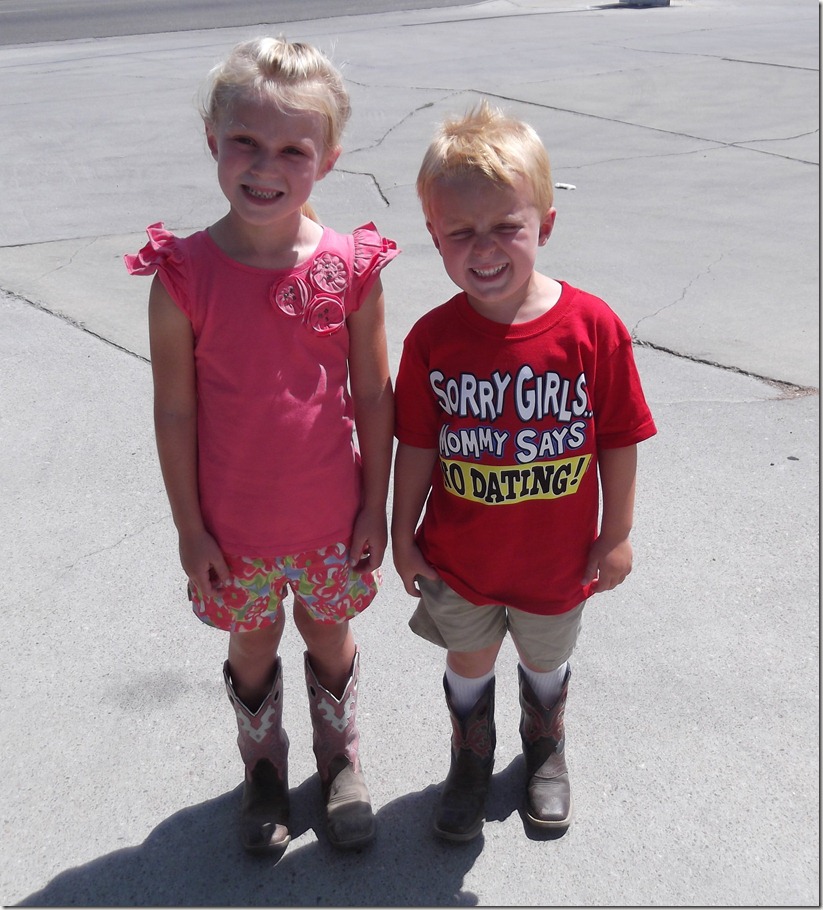 The four-wheelers didn’t look all that exciting to me, but the kids liked them. 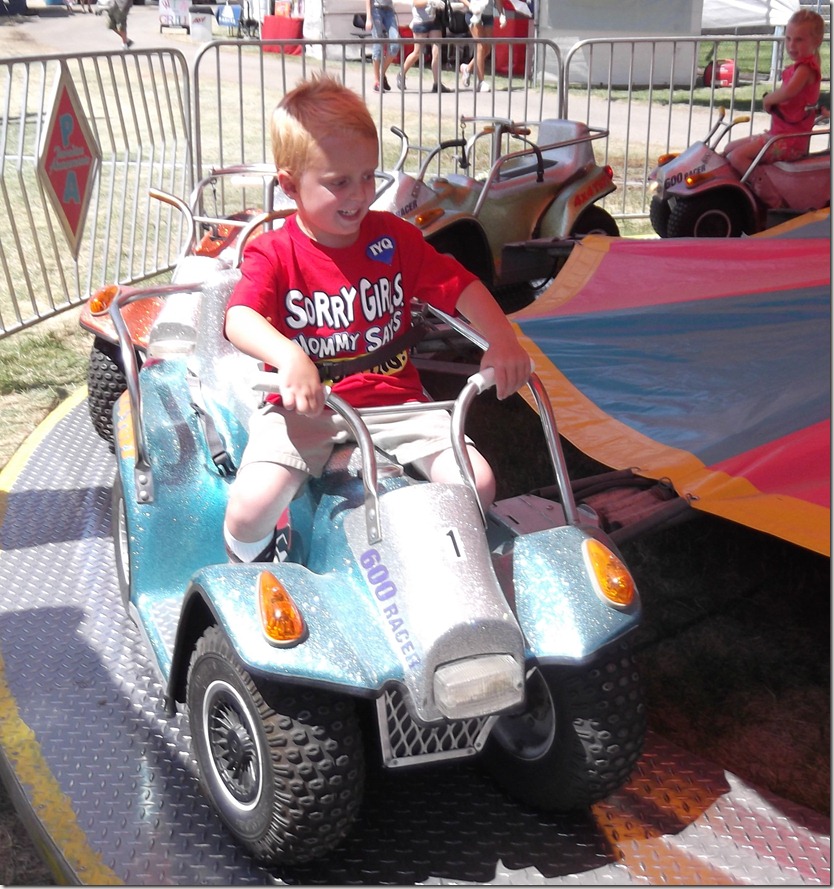 But I think the motorcycles were their favorite.

After two books of ride tickets, I finally lured the kids away with promises of ice cream and a chance to watch the Cowboy Mounted Shooting that was taking place in the rodeo arena.

Cowboy Mounted Shooting involves a rider shooting a specially loaded .45 Caliber Pistol to pop balloons arranged in a specific pattern in the arena.  It is a timed event.  There was one little girl riding in the competition.  She didn’t actually shoot a pistol, just loped through the pattern. 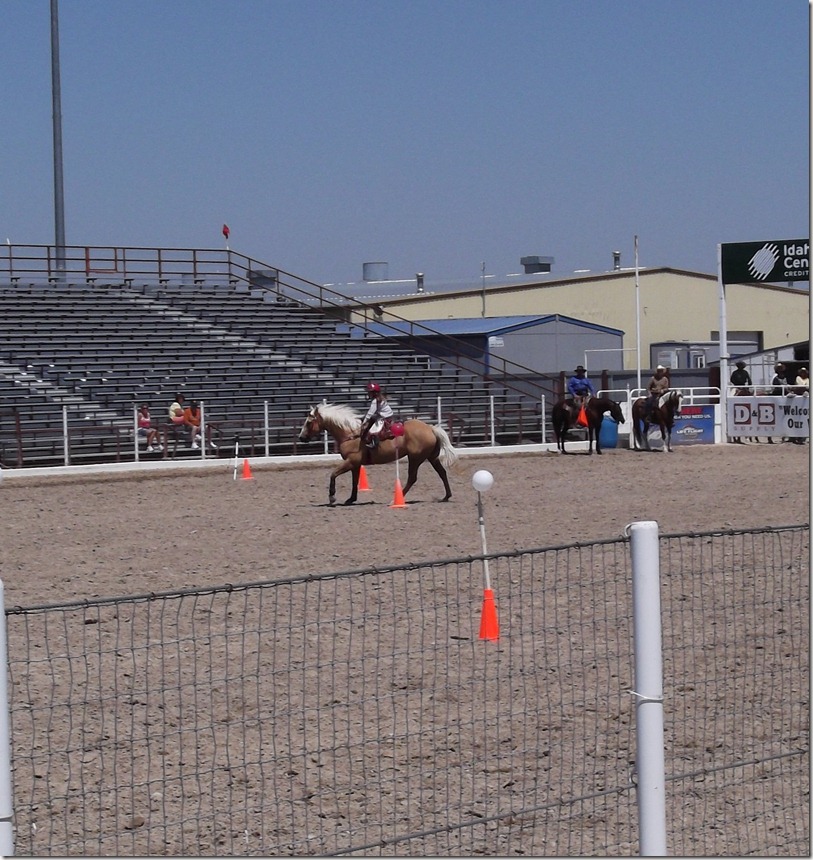 The best part of the day was probably the ice cream and root beer. 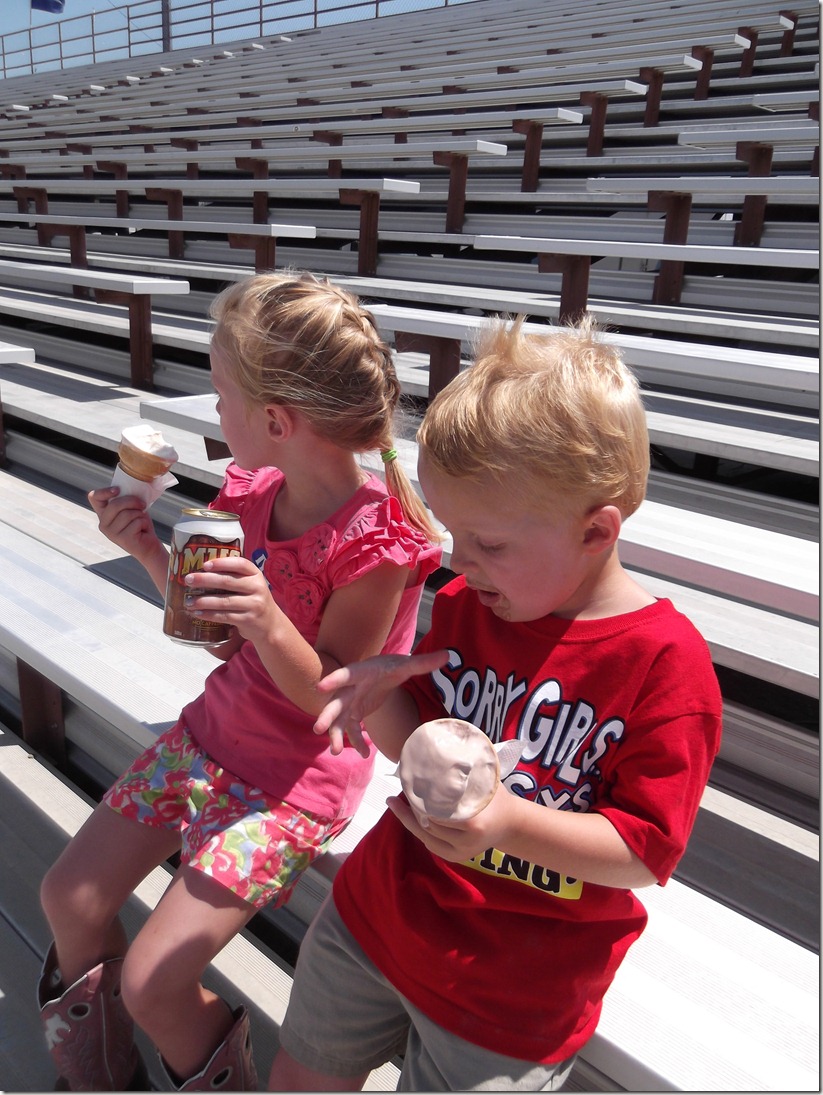 On the way out of the fairgrounds some nice young girls from West Valley Medical Clinic gave the kids each a helium balloon.  When we got home they used the balloons to play Cowboy Mounted Shooting, running through the living room, into the dining room and back out through the kitchen, making loud and pretty authentic shooting noises until Desperate Daddy threatened to lock them in their rooms.

I was really glad the balloons only lasted for one night.